Over the last 30 years, Alex Kerr has given 574 presentations on the cultural importance of Japan’s minka (traditional village homes). For the first 573, his audiences were filled with nothing but local bureaucrats skeptical about lifting a finger to preserve these striking properties.

While Kerr, who purchased “Chiiori,” his first minka located in Tokushima Prefecture back in 1971, may have been the most recognizable name at April’s Minka Summit, the event’s more than 300 attendees proved there’s more to this seemingly outdated architecture than meets the eye. Held about a 90-minute drive north of Kyoto in the bucolic village of Hanase, the three-day summit brought together prospective property owners, entrepreneurs, tourism consultants and niche YouTubers for discussions on sustainability, carpentry workshops and, above all else, an appreciation of the picturesque yet rapidly vanishing homes.

Even for the uninitiated, odds are they’ll start to put together a prototypical minka in their mind. 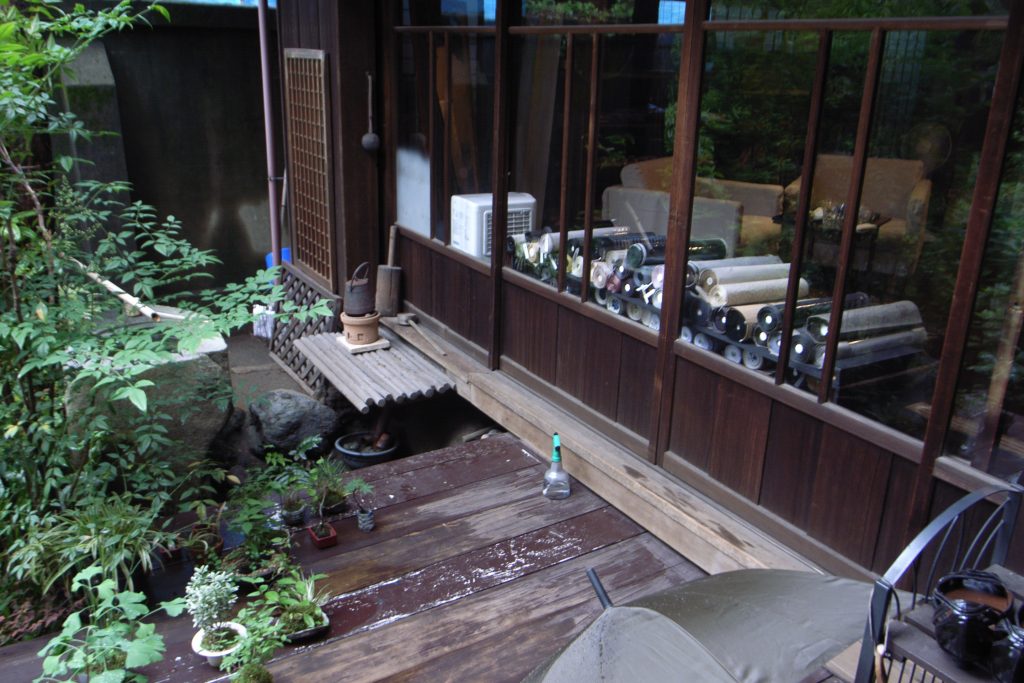 Broadly stated, a minka (also known as kominka) is any home that did not belong to the ruling class of the Edo Period (1603-1868). While their nature as vernacular houses — structures built without guidance or control from any professional authority — means variations abound, minka generally follow that rustic, unadorned aesthetic.

Each individual home’s structure might differ according to its specific purpose: nōka (countryside dwellings of farmers) might have high ceilings for crops to hang and dry within, while sanka(mountainside homes) often feature dramatically steep roofs to deflect heavy snows, rains and other inclement weather. The more urban machiya (traditional townhouse) with its narrow facade and deep, multistoried structure also reflect this function-inspired form.

A stroll through any rural region of Japan will bring you past several homes with minka-inspired elements, yet the country’s ever-declining population means the traditional buildings that once housed them are also increasingly in danger of extinction. This has led some municipalities to designate historically or culturally significant minka for protection and preservation, the most well-known being Gifu Prefecture’s Shirakawa-go and Gokayama, both designated UNESCO heritage sites.

The sheer number of minka across the country, however, means not all of them can rely on government intervention. Dedicated minka conservationists like Kerr, too, do not seem to grow on trees. Despite their beauty, many minka today end up as vacant properties — adding to Japan’s already dire akiya (abandoned buildings) dilemma.

What, then, could be the answer to the continued survival of these cultural treasures?

A population shift was already underway even before the end of the Edo Period, when minka culture was at its height, with people migrating to the cities. As time went on and cosmopolitan apartment complexes and modern construction techniques replaced traditional homes, it seemed as if minka too would one day fade into nothing more than memory —save the preserved museum piece in the countryside.

With the onset of the COVID-19 pandemic, however, some Japanese urbanites began to wonder if city living was the only option.

In 2016, Japan-based film historian and critic Stuart Galbraith IV started Kominka Japan, a Facebook group “for those owning or thinking of buying” such a property as well as to “share resources on builders … and stories of kominka life.”

By the end of 2021, nearly 1,900 people had joined. In mid-2021, Galbraith suggested an in-person meetup — an idea that quickly became April’s Minka Summit.

Over three days, the several hundred attendees toured minka located around the village of Hanase while speakers like Kerr delivered their thoughts on the heritage of these culturally significant properties. More importantly, many presenters shared ideas on how individuals and governments alike might reposition these homes away from decline and decay and toward a brighter future for the owners as well as the buildings themselves.

One such forward-thinking attendee was Ed Statham, a native Briton and owner of three minka in Hirabayashi, Nagano Prefecture. Rather than simply collect these properties, Statham renovates and rents them out to long-term tenants interested in the traditional lifestyles that minka provide. Statham says that while there are many who would leave their urban lives behind, few are willing to drop everything and buy a minka sight unseen. His model allows renters to dip a toe in the waters of a more traditional lifestyle while also giving a new function and value to minka that would otherwise be left to the elements.

“Returning to and appreciating countryside life has only been possible for us after feeling that we also satisfied our city ambitions,” says Steven Martin, a current tenant of one of Statham’s minka properties.

The idea is based in part on Kerr’s Chiiori minka and the Chiiori Trust, an organization dedicated to transforming dilapidated minka into guesthouses for short-term domestic and foreign visitors. What made Statham’s venture and the rest of the Minka Summit stand out, however, was the focus on minka as a permanent fixture of rural living in Japan.

Over the summit’s three days, panelists led workshops on paper lantern crafting and other traditional pursuits that would dovetail with life away from Japan’s metropoles. Vendors set up in the Minka Mall section showcased new products and services geared toward sustainable and rural living. Even younger attendees could get a glimpse of the slower, more self-reliant lifestyle minka offer through hands-on wood-planing and ax-handling exhibitions.

There are some modern amenities — insulation, Western-style toilets and double-paned, glass windows just to name a few — that most would-be minka adoptees could not do without. Minka advocates agree that these renovations are more than necessary compromises to “pull minka into modern relevance,” as Kerr says, as long as their overall charm and aesthetic are preserved. 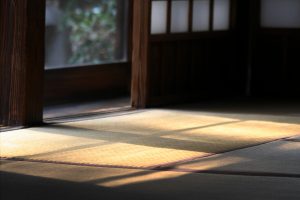 “The fun of living in these houses is you can have this kind of cultural experience,” Kerr said during his address. “And of course, it’s the natural surroundings that make the house really what it is.”

In the end, this year’s inaugural Minka Summit was just the latest exchange of ideas on ways to prolong these iconic expressions of Japanese culture. With any luck, the gathering and its devoted attendees are doing enough to draw in more minka aficionados the next time around. 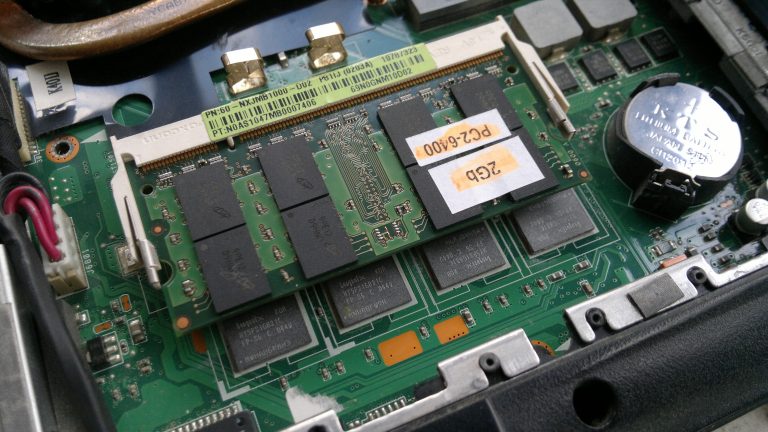 General, Investors/Business
News
Japan’s push into ‘deep tech’ innovation
Imagine if you could put an ultra-thin, transparent solar sheet on your window to generate energy, not just from sunlight but also artificial lights from inside your room? Seen as the most promising next-generation solar cell, this technology, called perovskite, is exactly what Japanese start-up Enecoat Technologies is trying to develop. Start-ups such as this are called "deep tech". They are small firms who are merging high-tech engineering innovation with scientific discovery. The hope is that it will lead to the development of transformational products. 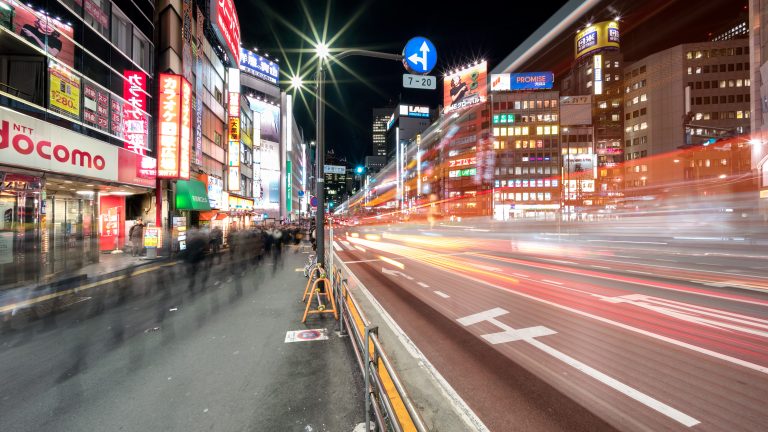 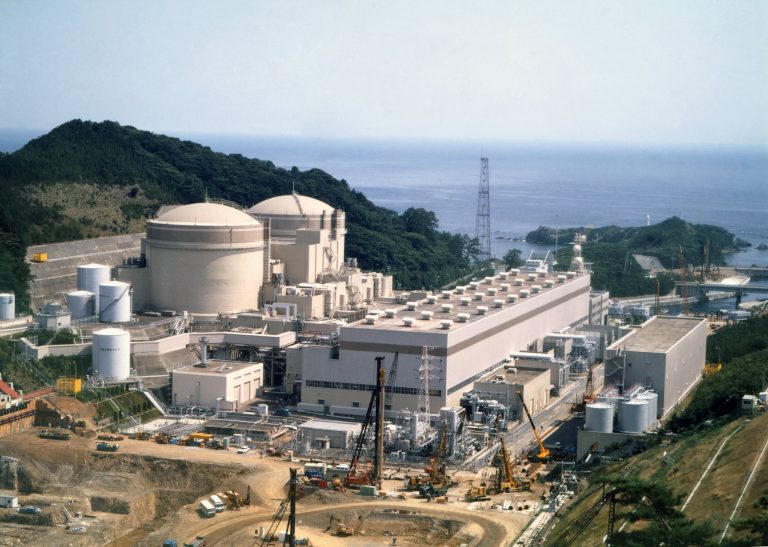